01.03.2009
This year for New Years we had a family party. Jason & I went to the store and bought more junk food than has ever been seen in our house at one time. We played games, played the wii, and stayed up until midnight. The kids were allowed to eat whatever they wanted without asking. They all lasted until midnight even though mom and dad were ready for bed at 10. 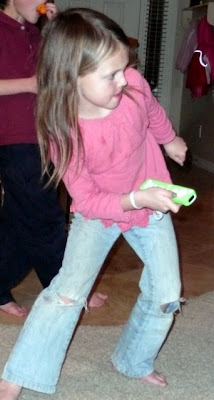 I think this was during the bowling tournament. 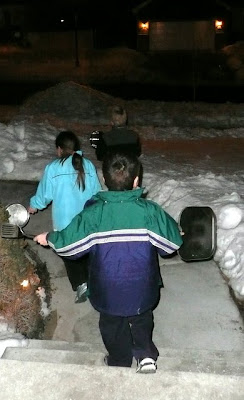 At midnight the kids went out pounding pans and yelling. Jason thought it would be fun to light some fireworks, and ended up lighting a smoke bomb that smelled so bad. We have had to apologize to our neighbors!
« Christmas 2008
Snow Fort »