04.12.2009
Saturday Morning the kids and I got up and got ready and headed to Grandma’s house. Jason was going paintballing with guys from the ward, so he missed out on some of the Easter festivities. Grandma had a big breakfast put together for all the grown-ups which was quite yummy, and the kids got to play with their cousins. After breakfast was done, some of us jumped in the car and headed down to the discovery park for an Egg hunt. And when I say hunt I mean gather. There’s not a whole lot of hunting required.

Jaxson pre-hunt. Jaxson was all alone in his age group this year, so this is the only picture I got of him, since I couldn’t find him right afterward. 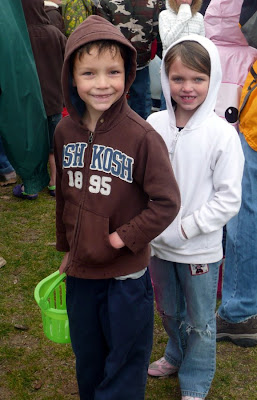 Teegan and Katauna were on the same field with Maren, Grace, and the Yees. It was raining the whole time we were there. 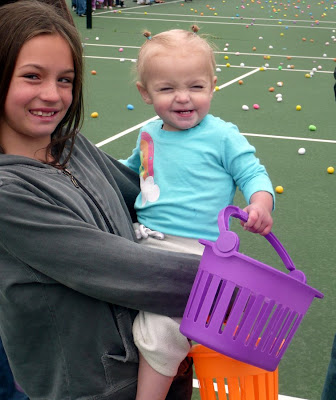 McKyla opted to miss hunting for her own in order to help the Nenna-bug. Jace stayed at Grandma’s with aunt Debra. Like I said, it was raining. 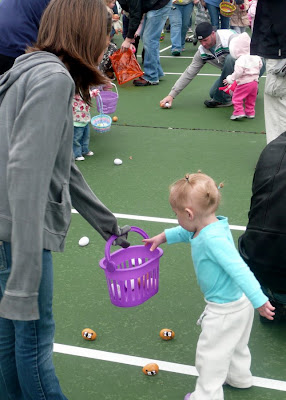 When the whistle blew, Kyla ran Sienna out to the middle of the court, and pointed to an egg. Sienna looked at, picked up her foot, and stomped on it. It was quite funny. I showed her how to pick it up and put it in the basket, and she caught on quickly. She made good time, and got about 7 eggs in the approximately 18 seconds before they were all gone. 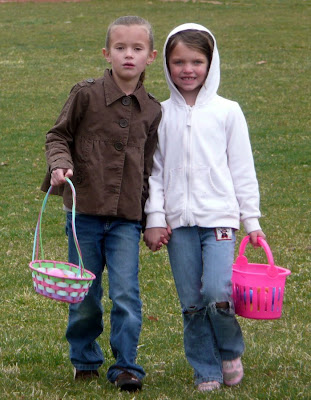 Katauna and her cousin Maren after finishing their hunt. 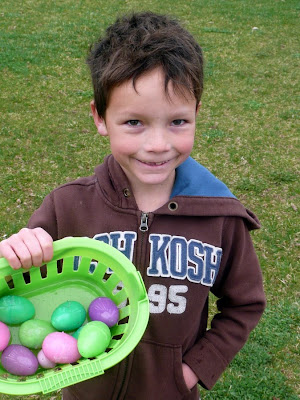 My adorable Teegan, I think he had more fun watching the chaos than gathering eggs himself. A people watcher…. he takes after Jason and I . 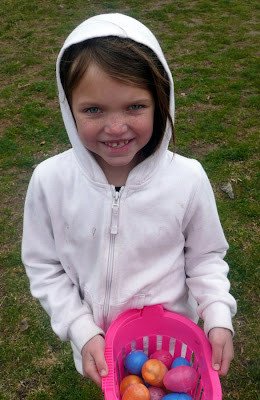 Katauna made the biggest haul of the morning with 20 eggs!
« Utah Grizzlies
Easter Egg Hunt #2 »