The Kids are Back! Hip Hip Hooray!

04.20.2009
Sunday afternoon we loaded into the car AGAIN to go pick up the kids. We got to JoNae and Calvin’s house a little before four in the afternoon, and we hung out there until about 8 pm. It was great to see the kids again. I couldn’t believe how much I missed them in just three days. Sienna was so glad to see them too, she’s been awfully bored around here. Thanks to Michelle for bringing the boys out to JoNae’s and hanging out with us, it was fun to see you again. The kids had a blast playing with their cousins, and the hot dogs over the fire were delish. Not to mention the BBQ hamburgers. And the banana splits. With fresh Strawberry topping. Yum. We got home around 11:30 last night. It’s nice to be back together again. 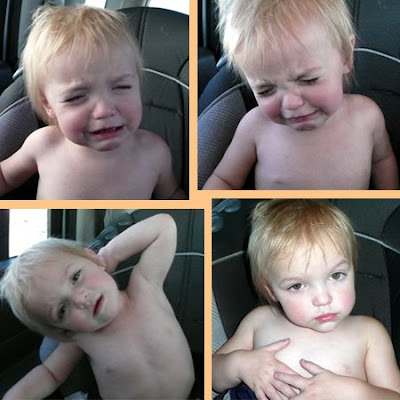 Sienna was NOT HAPPY to be making the three hour drive AGAIN. Once she saw the kids, it was all worth it. P.S. she does have a dress on, she just took it off her shoulders.

McKyla taking Sienna to go see the animals. One of Ky’s favorite things about the Pruett’s is all the animals…baby kittens, baby chicks, baby goats, horses, dogs. Sienna had no fear of any of them. 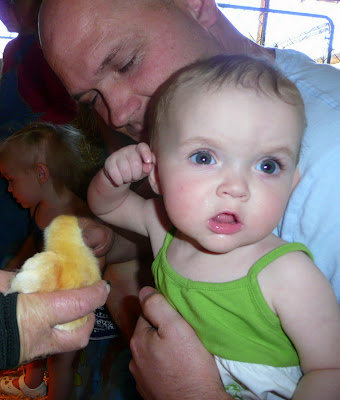 Jace and a chick. 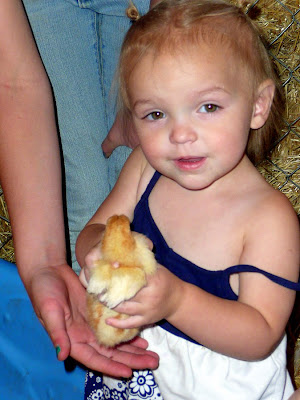 Sienna holding a chick. She was not afraid of any of the animals, but didn’t know how to put this one down, it got an early flying lesson. 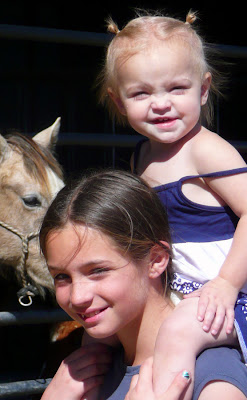 McKyla took Sienna around to all the animals, here she is by the horses. 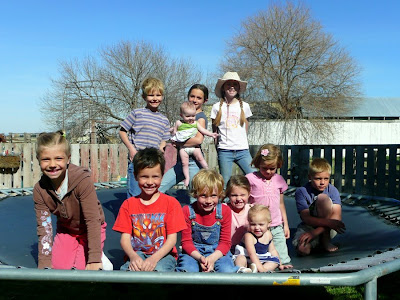 This picture is missing Hawk, Sawyer and Spencer. The kids had a blast…they don’t get to see eachother often enough.
« Sienna’s Lonely Weekend
Our Growing Family »