The Great Carve Out

11.02.2009
The last few days have been a blur, with a lot going on. We kind of did Halloween sort of last minutey this year. But at least we got everything squeezed in! Halloween day was the day for carving pumpkins! 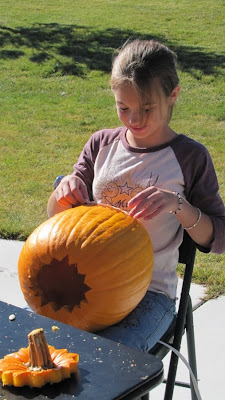 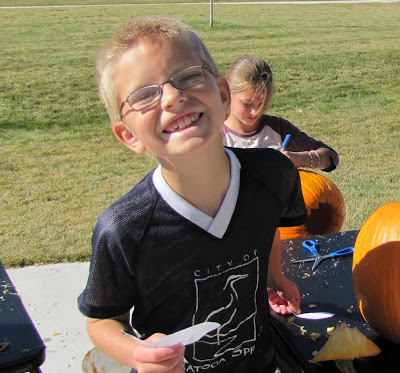 Jaxson, or “Mr. Cheese” as he appears in this photo also chose a traditional face, but it ended up breaking, so he ended up with a face with the brains removed.

Teegan did a ghost face. It turned out really cool. 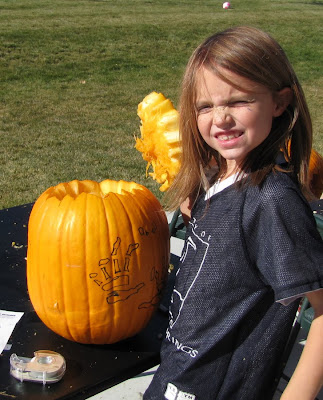 Katauna did Skeleton hands, with two beady eyes looking out from behind them. 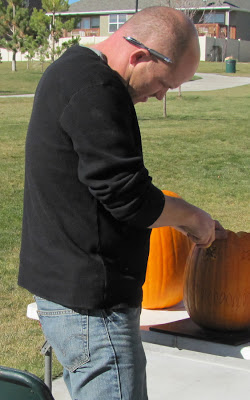 I love Jason. Can I just say that again? I really love Jason. He is such a great dad. He always makes time to do the important things with the kids, even if he has 10 million other things on his plate. Thanks babe. 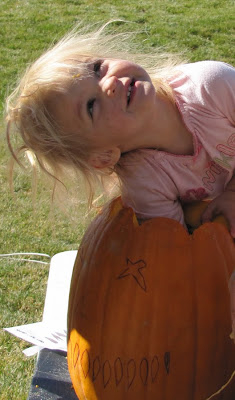 Jason did the carving, but Sienna had to help with the cleaning out! 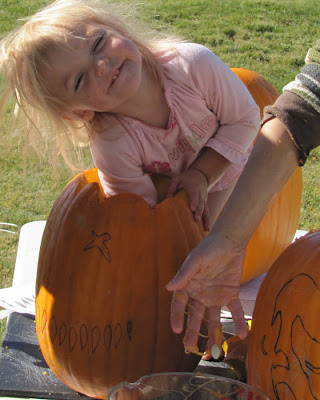 I think she liked it!
« 2nd Grade Halloween Program
Trick or Treat, Smell my Feet »