01.05.2010
New Year’s this year was pretty much a repeat of last year. Dad was planning a float trip with his brother’s for the weekend, but at the last minute they decided not to go freeze their butts off. We were so so so so glad. We just hung out at home with the yahoos, eating junk food and playing the wii. We got Cabela’s Big Game Hunter and the new Mario Brothers (which I was excited to learn to play with the kids as I have always been a huge Super Mario Brothers fan, and incredibly disappointed to learn they have already been playing it for two weeks at their friend’s house. Poop.). After that we just watched a movie. Katauna was super excited to bang pans this year at midnight. Jason and I fell asleep around 11:30, but the kids woke us up to ring in the new year. We were in the middle of a movie so none of the other kids wanted to bang pans outside, so Katauna decided not to. Then I woke up around 12:45 hearing the door open…. Tauna decided she wanted to bang pans after all. I had to explain to her that most of the neighbors were probably asleep by now, and that pan banging really must be done fairly close to midnight. She was heartbroken. We had a good FHE about setting new year’s resolutions and all of the kids set some good ones. We hope that 2010 is a great year. It will be!!! 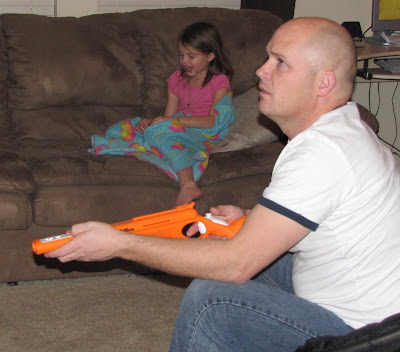 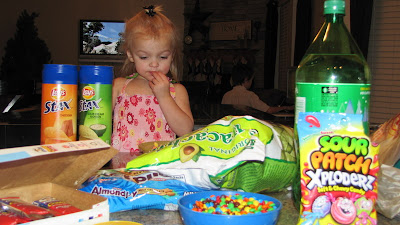 The spread of health food. 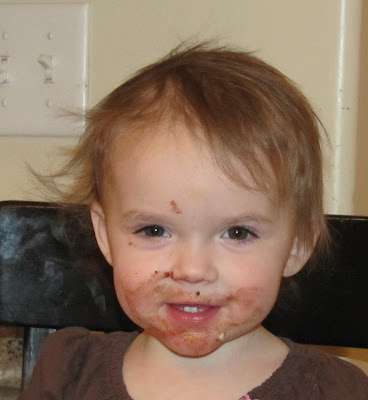 Jace Capri + Baby M&Ms
« Merry Christmas to all!
Sledding at the School »