03.16.2010
We just found out that dad is going to be gone for a good portion of the summer again this year, working on the temple in Atlanta. We decided we better pack as much fun into the next few months as we can! We decided last monday to head up to the cabin for the weekend, and then we called and got Kevin and his kids on board too. Everything is more fun when you have cousins to hang with, right? Two days before we were to leave we got word that they had 2 feet of snow, and the road up to the cabin was impassible. We started trying to think of something else we could do for the weekend, when Kevin called and said he was able to borrow a snowmobile (thanks Ira!) and the trip was back on. We had to bring everything in by snowmobile, so it took about 3 hours to get all the gear up the mountain (and the cars unstuck). We got up there on Friday morning and stayed until Sunday night. It was a ton of fun, and so good to see Grandma and Grandpa Perry again. 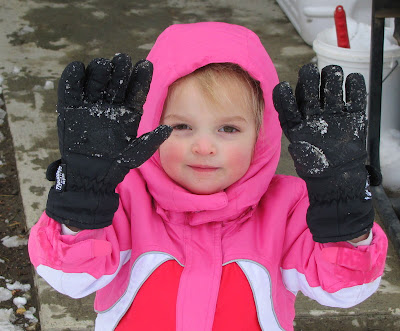 Kevin brought all his kid’s skis, and we brought a bunch of sleds. It was beautiful weather, and we played outside for a good portion of every day we were there. Here is Jax heading down the hill. 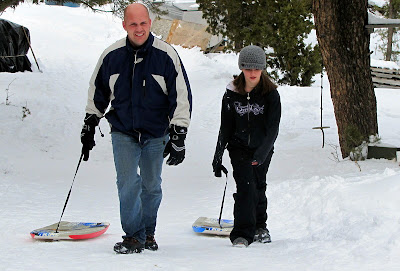 We started planning for next winter…. it will involve a pulley system to ride back up the hill. 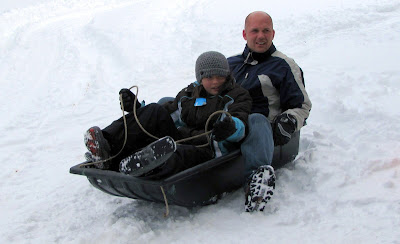 Kyla and dad spent an hour or more on the big sled, and they hit some wicked bumps and caught some air a few times. 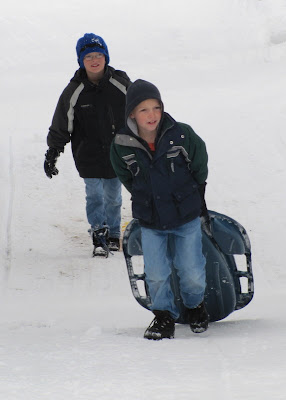 Jaxson and Teegan making the trek back to the top.

Getting ready for a run down the hill. 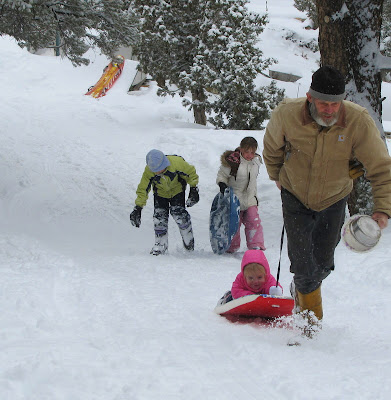 Sienna, the lucky-duck, was pretty spoiled. I might have gone down a few more times if I’d had a ride back to the top. 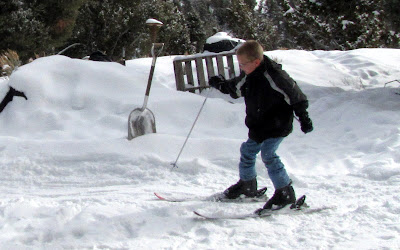 This was the kid’s very first time ever on skis. All in all I was very impressed. They all did way better than I did a couple weeks ago. I think it’s the “no fear” factor. 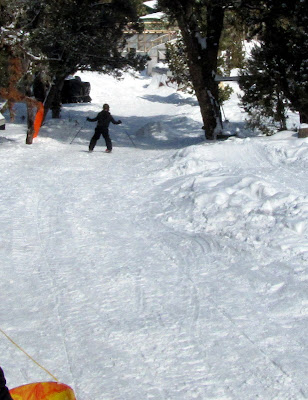 McKyla heading for the jump. 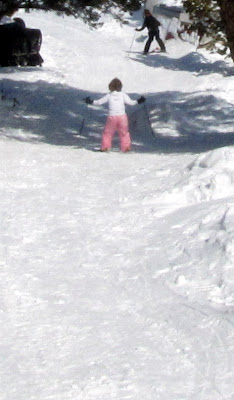 I was so proud of my kids for getting out there and being brave enough to try! 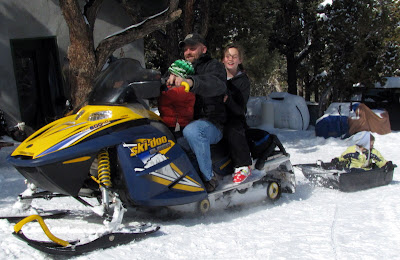 Along with skiing and sledding there were also tons of snowmobile rides. 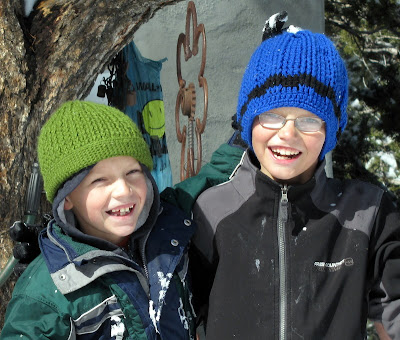 My two boys. Man I love them. You guys are awesome. 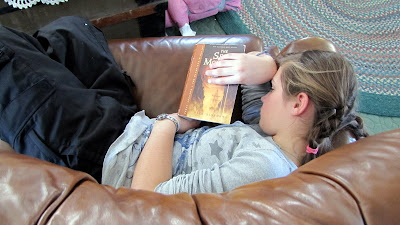 Kyla and I both spent a good portion of the weekend doing this… along with the cold stuff. 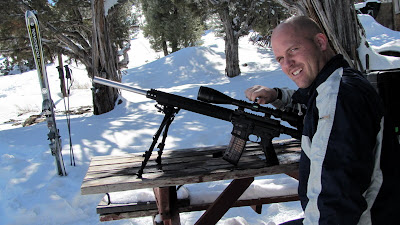 Jason got a chance to break in his birthday present.
« Somebody was a little hungry.
New Hat. »