03.17.2010
While we were out of town a few weeks ago on our retreat, Ashley took the kids swimming. She had to buy some swim underwear to go over their swim diapers and under their swimsuits. Jason found one in our room the other day and put it on his head, which made Sienna seriously upset and she continuously yelled “those is for wimming!” Well, I guess Jace must have been watching the scene unfold because a few days later she came walking down the hall sporting a new hat. I think it’s rather stylish actually. 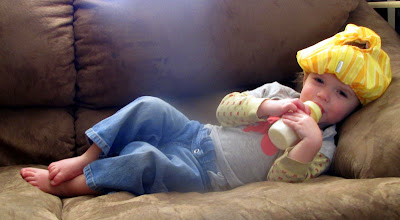