06.02.2010
Just after the season finished off, the Rage were conducting tryouts again. Jaxson has been practicing with his friend Noah’s team all year, even though he wasn’t on the team. A few weeks ago the coach came over to our house and insisted that I allow Jax to try out this year. He said “I can’t teach kids that kind of speed” (Taking after Rae). So Rae and Jaxson both went to tryouts this year. Katauna wanted to play too, but I’m trying to wrap my head around 2 kids playing soccer all year, I’m not ready for three or four. Tryouts were held on two consecutive Saturdays. Jaxson’s coach told me he would probably need to spend the first year on the “B”
team while he learned some skills, but after tryouts he actually made it onto the
“A” team. His team plays AAA, whatever that means. I’m pretty excited for him. He has practice all summer, 5 days a week for 2 hours every morning. Whew!

I took a couple pictures at tryouts. 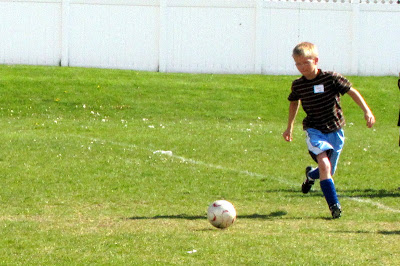 He looked pretty good out there, considering most of the boys on the team have been playing together for 5 years. 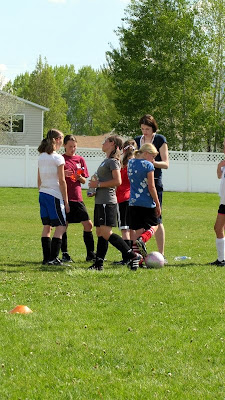 As for Rae, we are pretty excited to get a few new girls on her team this year, but we are especially thrilled to get a new coach. It will be fun to see the girls learn some new things and hopefully win a few games this year. Her coach seems really nice, and very qualified. They play Division, and they only practice once a week for about an hour. Since Rae is hoping to play in high school, she goes to Jaxson’s practice with him a few times a week to learn some mad skills. It will be a fun fall and spring watching these two, and it will for sure keep us all busy!
« Jump Team
Salt Lake Bees »