07.10.2010
The end of the week that dad was in town was a whirlwind of fun. Busy busy busy. We planned a 4-day camping trip… but the closer and closer it got, the more our plans changed. We ended up only camping one night, but it was still a great trip. A lot of driving, hanging out, eating junk food, and of course absolutely no arguing from the kids. ;o) 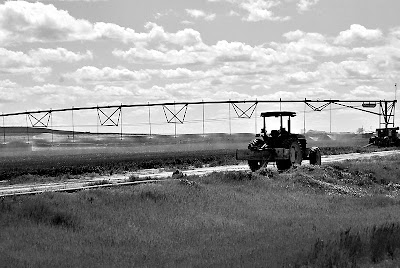 Our first stop was in Burley. Well, actually, our first stop was at a gas station just off the freeway to meet up with Casey and Tanya and get my new camera!! I found a new camera on KSL a while back, the lady who was selling it lives in Heyburn, so Casey and Tanya picked it up for me and had been holding it. I was super antsy to get it, and have not been disappointed. This picture I took in B&W, leaning out the car window at about 60mph. I played with the camera all weekend, and realized I have a ton to learn about it. After that we headed over to Kevin and Michelle’s house. We had a bbq with some of Jason’s family, for Sammy’s birthday. We spent the night at Kevin’s and then the next day headed out to Victor. 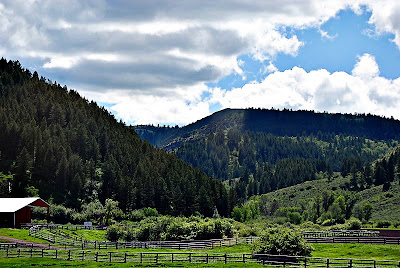 On the way to Victor we passed through this beautiful homestead tucked away in a tiny valley. If you ever want to know what our dream spot for our dream house looks like, this is it.
We arrived in Victor around 4pm at Jayla and Cody’s house. Jayla took us on the tour of Driggs and we did a little shopping. We also were able to unload a large portion of our cargo at Jayla’s includiing a swing, two carseats, and a cradle. Jayla was getting ready to have her third baby. It was supposed to be pretty cold that night, so instead of camping, we just bunked out at the Campbells. The kids had a sleepover in Jayla’s living room and mom and dad slept out in the camper after playing Pirate’s Dice with Jayla and Cody for a few hours. I lost every game.
Friday we finally headed out to the campground. It was not our usual type of camping (read: very crowded) but it was still a lot of fun. We all went swimming on Friday in the hot pool, and we were able to stay until about 2pm on Saturday. Here are a few shots around the campfire. 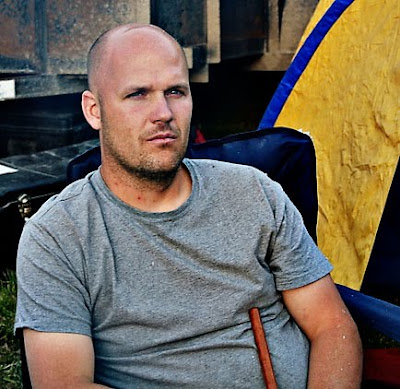 So serious Jason. We had, cough, cough, some fairly wet fire wood, it was pretty much a full time job to keep the fire going, and Jason and Cody switched off taking turns. 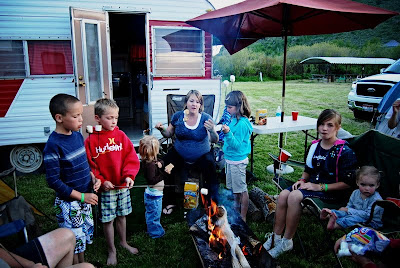 Here is half the group.. from left: Teegan, Cole, Sienna, Jayla&baby-to-be, Katauna, Rae and Jace. 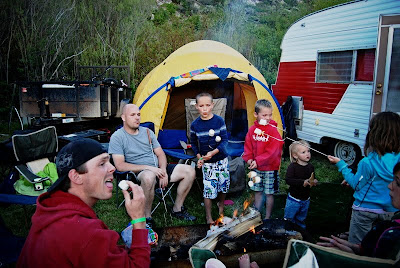 The other half of the group, Cody on the left and then Jason. Somehow Jaxson wasn’t in the circle, and I of course was behind the camera. 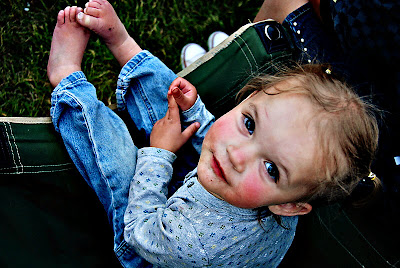 I love so many things about camping, but I must admit one of my favorite things is dirty little faces. Jace did not disappoint. 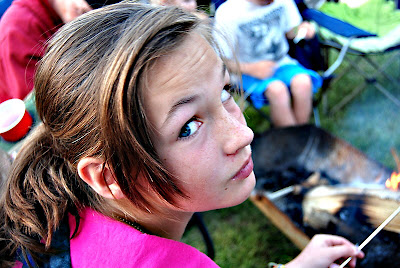 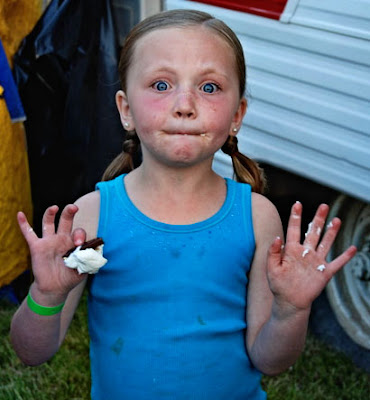 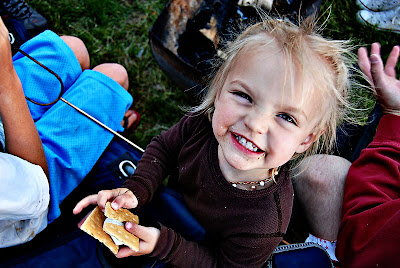 One of the other dirty faces I love. She became a pro at building s’mores. 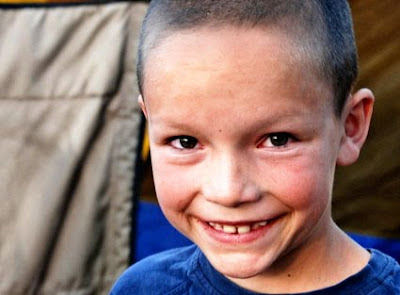 Teegan has such a great smile. 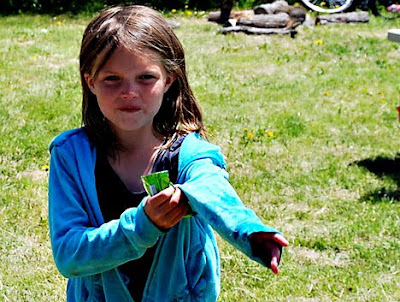 The next day we had watermelon for lunch, and the dads and kids got into a killer water fight to cool down. Here is Tauna chowing down. 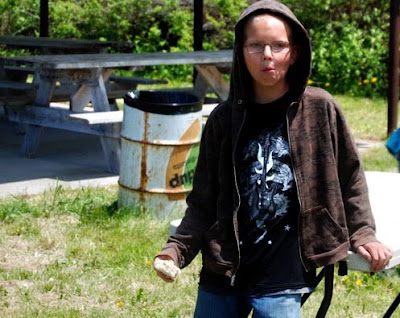 Jaxson eating his lunch while avoiding the water as well as he could. 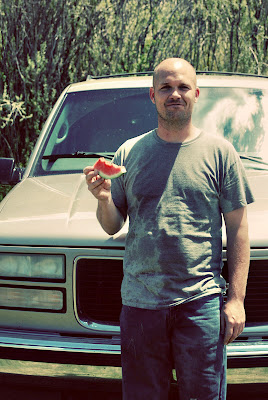 This is my attempt at a seventies look. As you can see, Jason did not escape the water completely. It was so funny to see Nenna chasing him down with a bowl of water so excited to get him. He just couldn’t resist letting her win. It was a great weekend, and if Jason hadn’t had to fly out the next morning we would have stayed another night. We’ve missed camping the last few years.
« How do these things happen?
Rexburg »