07.15.2011
We decided to save as much money as possible and make the move in two days instead of three… only getting a hotel for one night. Things went really really well. Well, except for the alternator going out on the suburban in the middle of nowhere. Lucky for us we have a super handy dad, and even luckier…the small town we were close to had an auto parts store, and luckier still, they had one alternator for our 99 GMC Suburban in stock. Phew. A few hour delay and we were back on the road. I will say for the record that being towed behind a massive moving truck was one of the most frightening experiences of my life and I never want to do it again. The end. 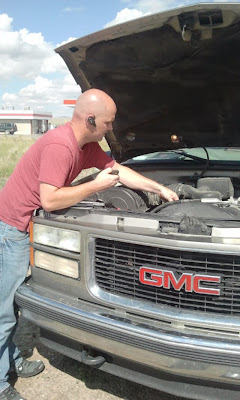 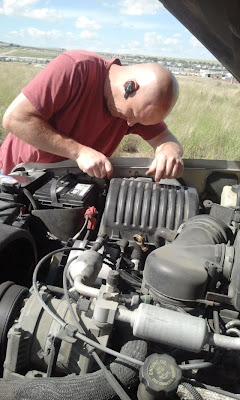 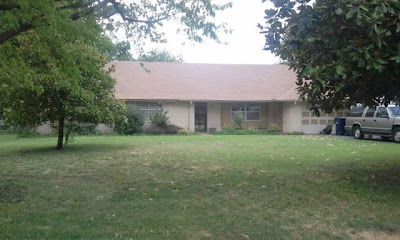 Our new home. We had no idea what to expect. It’s older, it has funky wallpaper, but for now, it’s home. 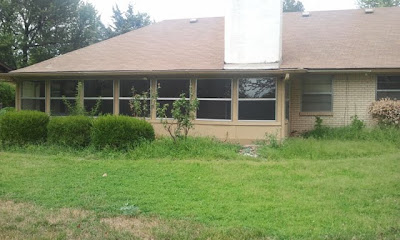 Back of the house. 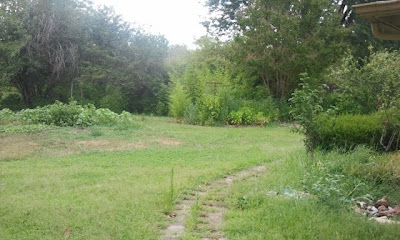