So, the homeschooling thing is going oh.so.great. No, really, I’m actually enjoying it. I was fairly terrified at first, because of my epic fail at homeschooling 10 years ago… and I was worried about spending all.that.time with my super wonderful kids without a break. But, gratefully, it has been just awesome having them all home all the time. I am so glad I got the yahoos I did, because they are awesome.

So, school has been great, but the hours after school are over have been filled with lots of bored sighs and moping around with “nothing to do”. I guess it could be because we made a family decision to limit our “mindless” entertainment more. About 10 years ago we decided to get rid of television in our home, and it was a fabulous decision. We still had a dvd player and tv to watch movies on, but no sitcoms, shows, or commercials. It was the best decision we ever made. Unfortunately, with our love affair of Netflix… the kids have discovered all the shows they want to watch are available at their fingertips. They became totally addicted. And we went back to not the best environment ever in the house. So, a few weeks ago we decided to get rid of all TV/Movie viewing during the week. So, nothing from Monday morning until Friday night. Thus the bored sighs that have been prevalent during the after school hours at our house.

So, I am so so so happy that the weather turned warm this week. All of the sudden, there are more things to do in the wonderland of a yard we have here, now that it is warm enough to go outside. I am breathing a sigh of relief, because, honestly, I was about to lose it.

Yay, for outside! I think in these pictures they were playing “Dare”, and Rae was about to lose a life because she just could not get up on that branch. As a mom, there is pretty much nothing greater than watching your kids play together. Or, um, hang together. 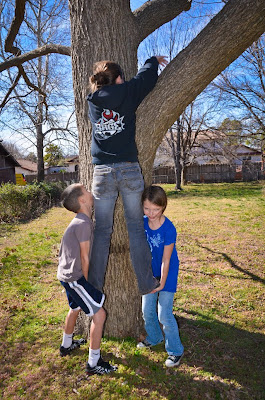 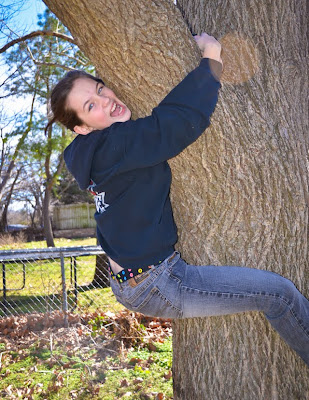 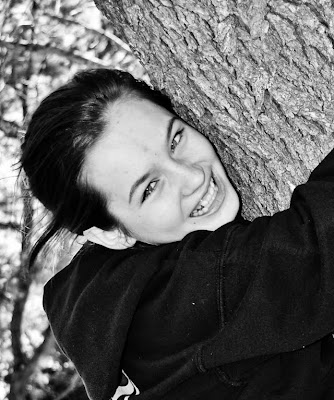 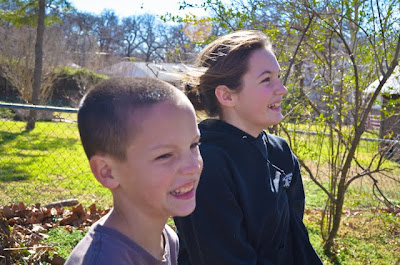