05.15.2010
I know I already did a Hope of America Post on this blog. It was a year ago. I was able to go last year and it was super rad. This year, Jason got to go and he took all 4 big kids with him. I stayed home with the babes. And this year, it wasn’t Kyla in a white shirt singing in the flag, it was Jaxson in a red shirt. It is really an awesome show. Here is a picture of the entire flag made up of fifth graders. It is fairly awe-inspiring. 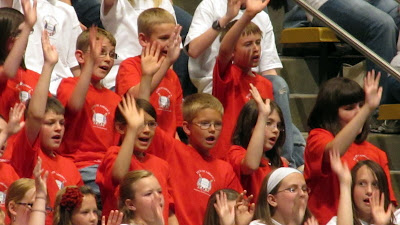 Here is a close-up of Jaxson during one of the songs. 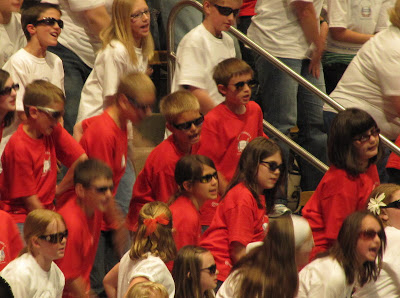 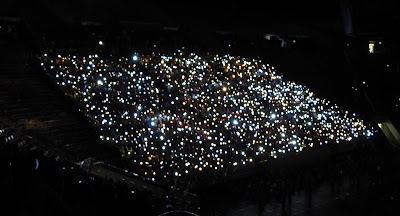 I remember this being my favorite part, when the lights are off and the flashlights dance around in unison. So pretty. 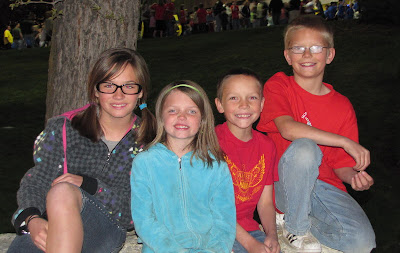 McKyla, Katauna, Teegan and Jaxson. (Ky found those glasses in the park. They don’t have lenses. She wears them nonstop.)
« Please stop growing. Now.
Too Terribly Quiet. »