04.18.2011
We were so excited to go down to St. George last month for a chance to watch Jaxson play soccer with his new team the Thunder. We rented a little condo for the weekend, which turned out perfect, it was very close to the stadium, and it had a full kitchen so we were able to eat in and save some moolah. They played 3 games, and then they were out, but we still had a great time and made a fun weekend out of it. It rained and it was chilly. But the best part was just hanging out together, having movie nights and eating popcorn, and seeing a new place. 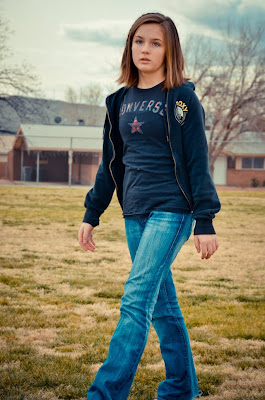 Does she look like she’s turning into a teenager? 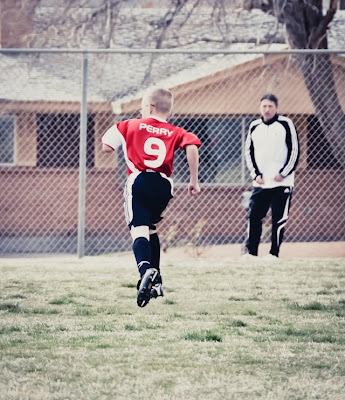 Jaxson, putting on the speed. That is his coach Randon in the background. He is an amazing soccer coach and we feel lucky that Jax is on his team. 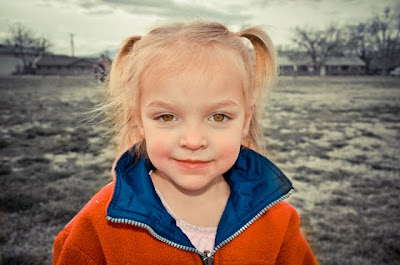 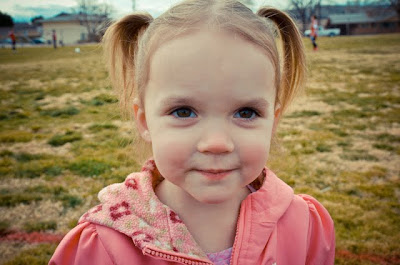 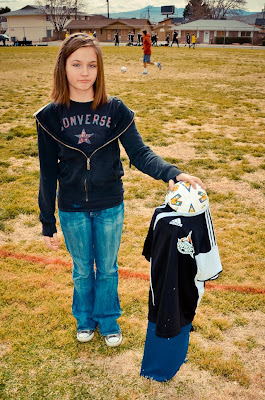 Rae was feeling kinda lonely, so she made herself a friend out of a camp chair, a soccer shirt, and a soccer ball for the head. Yeah, she’s cool like that.
« Baby Sister
We can be together forever »