12.01.2008
Halloween has never been one of my favorite holidays. It is one of the only big holidays that doesn’t involve a big yummy dinner with extended family. What is up with that? Jason and I tried to create our own family tradition for Halloween involving dinner, a (kid-friendly) scary movie, and caramel fondue in place of trick or treating. This worked for quite a while, but a couple of years ago the kids revolted. Now they just go trick-or-treating and eat way too much candy like most normal American kids. How boring. This year was pretty fun though. 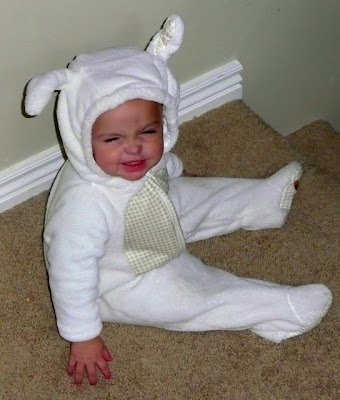 Sienna was a bunny rabbit which I bought because it was cheap and warm, although I don’t know why I worried about warm since we didn’t take her out that night. 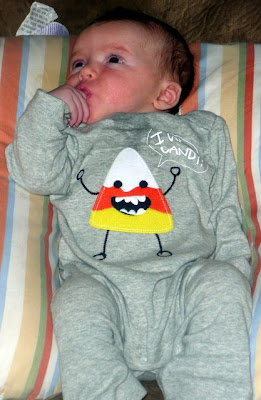 Jace wore this cute little outfit Aunt Karen sent her that says “I want candy” on it. Thanks KD. 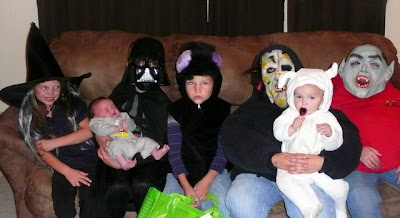 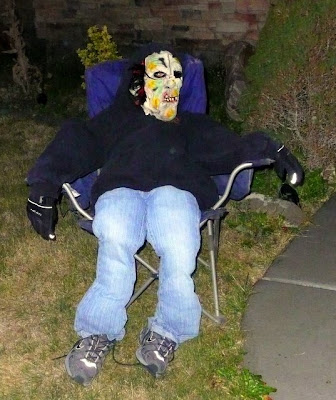 McKyla and Lizzy dressed up as dummies and sat by the front door all night. They held still while kids walked up to the door, and then grabbed them as they left. This is a lot of fun, and some kids were too scared to come to the door, so I had to venture out into the rain and hand them candy. Luckily it really wasn’t that cold that night. Jason eventually joined them after he finished playing with fire…see below. 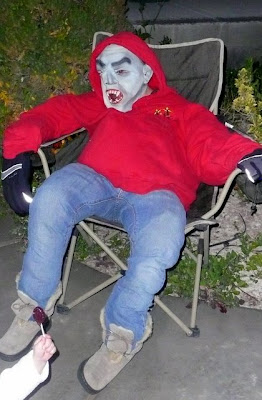 We were so glad Lizzy could come out and spend Halloween with McKyla. Ky has made some great friends here in Saratoga Springs, but she misses Lizzy like crazy. After a couple hours being dummies, they changed into costumes and headed out for some candy. 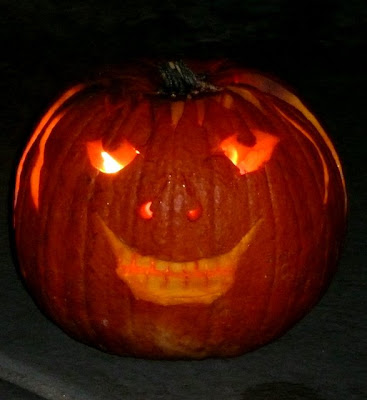 Jason learned a new trick this year which involved Toilet Paper soaked in Kerosene, and was the hit of the party. Flames 3 feet high for 45 minutes. 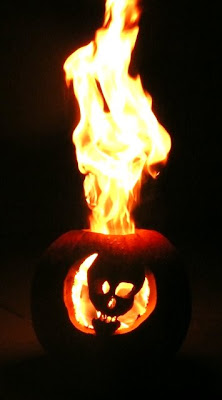 This was the second pumpkin we lit that night, it is the skull that Teegan carved.