12.01.2008
Last weekend we took a trip to Idaho for Grandma and Grandpa’s 50th Anniversary. It was fun for the kids to get to see ALL of their Perry cousins, and for Jason to get to see all his brothers and sisters, mom and dad, extended family, and lots of neighbors and friends he hadn’t seen in a long time. My favorite part of the evening was watching the video that Dalan put together of pictures of the their lives, especially the last 50 years. The video was awesome, but the best part was watching their faces as they watched the video. Seeing the past 50 years go by through pictures must be sobering, as you watch 8 kids join the family one at a time, and then watch your posterity grow by 20 grandkids. They have so much to be proud of and we were glad we could be there. 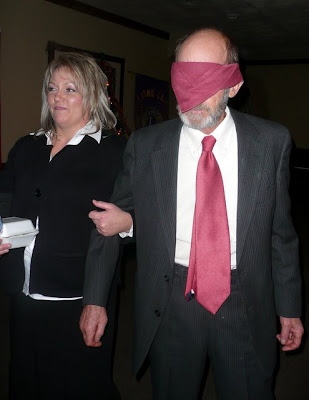 We all had Dinner together at Morey’s steakhouse (Yum) and then blindfolded them and walked them accross the parking lot where the grandkids were waiting.

They didn’t know there was a big party planned, they were only told that we were having dinner and family pictures. 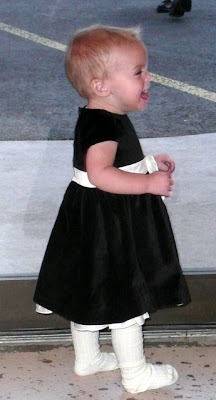 Sienna, waiting patiently and excited to see Grandma and Grandpa. 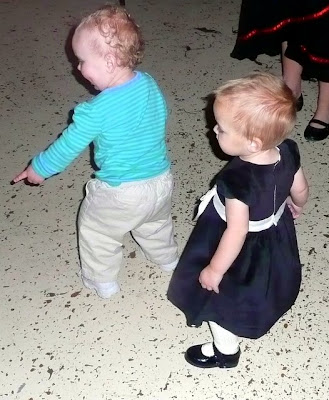 I was so excited to see Casey and Tanya Hermansen there…someone I actually knew. This is their little Livy, who is just a few weeks younger than Sienna. 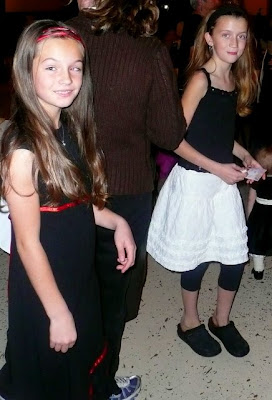 McKyla and her cousin Skylee, who is 1 year younger than she is.

We took family pictures while we were there…as soon as I get them I will post them!