04.06.2009
This last weekend we went to a Hockey Game. The Utah Grizzlies vs. the Alaska Aces at the E Center. Tyson got tickets from work for Friday and Saturday Night’s game, so he gave us the tickets for Friday. Thanks so much Tyson, it was so fun. This was the first Hockey game any of us had ever been to. I gotta tell you, I think I could become a fan. It is so fast-paced, not a dull moment. And the fighting is kind of fun. It was fun to spend a night out with the kids, we don’t do that often enough. 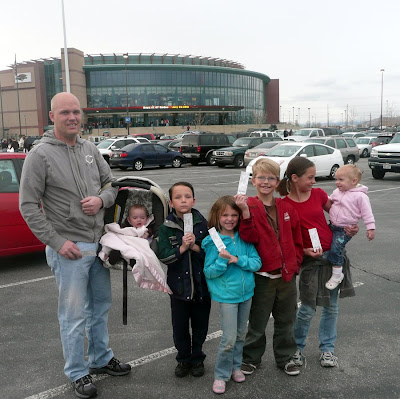 Here we are getting ready to go in. It said online that you couldn’t bring in cameras, so I left mine in the car. I was so mad… tons of people were taking pictures. Oh well. 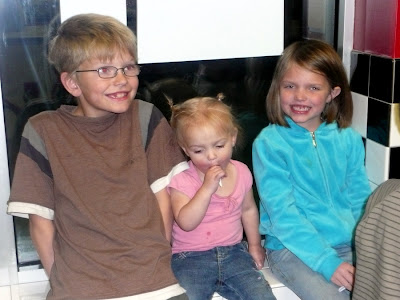 The Grizzlies lost 3-0, so we decided to splurge on Cold Stone Ice-cream. Sienna got her own cone, and actually didn’t do too much damage with it. 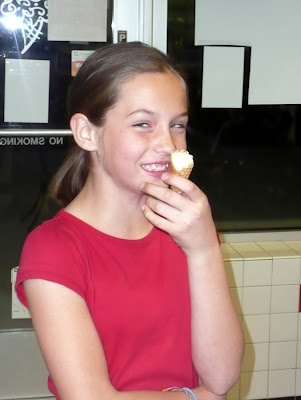 Each of them got to pick their own flavors and mix ins. Here’s Ky. 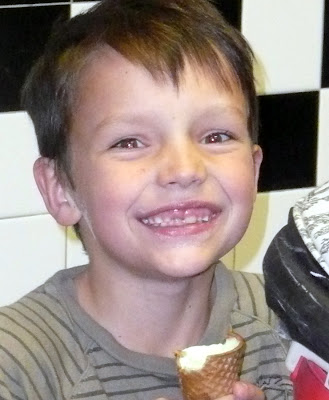 Teegan. What else can I say. 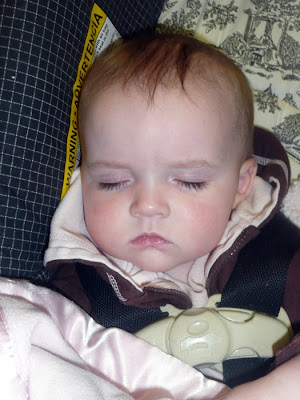 She was awake through the whole Hockey game, so she slept right through icecream. Angel.