06.29.2009
June 13th Jaxson turned 10. Even though dad and mom were out of town, he was able to have a great birthday with Aunt Ashley and got spoiled by her and Grandma Gleason. And then to top it all off, he got to celabrate AGAIN a week later when dad was back in town for a few days. Love you so much Jaxy. We’re so glad you’re part of this family. Hard to believe only 9 more years till your mission. 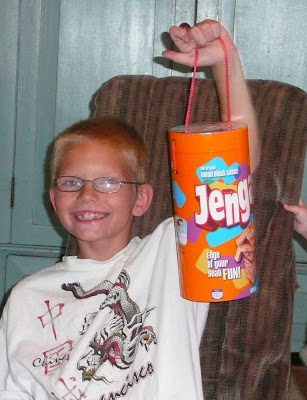 Jenga. Such a fun game. We started a tournament last weekend when dad was in town, and haven’t finished it yet. There are three of us left: Mom, Dad, and Jaxson. 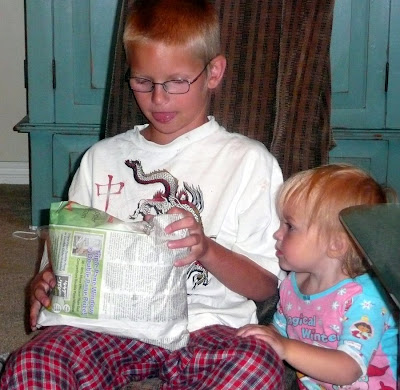 He received the standard… a book, a game, some socks, some princess panties, some clothes from Grandma. 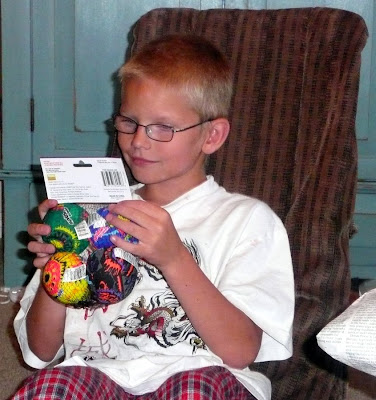 I picked up these splash bombs thinking they might be fun in the pool. The kids have played with them nonstop….soaking eachother multiple times a day. 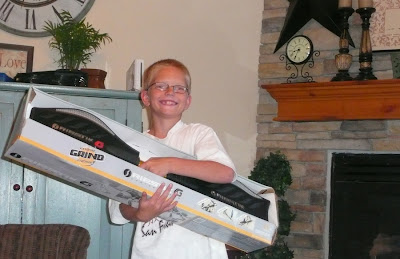 Jaxson has been asking for a ripstik for about a year now. I keep saying no. I told him he had to buy it himself. But then I gave in. Against my better judgement. He loved it. And he already has plenty of scrapes, bruises and scabs to show for it. 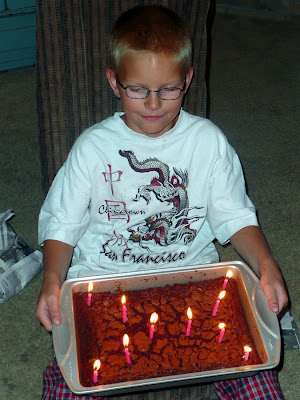 What a bad mom…. pink candles were all I had on hand. Jaxson requested brownies this year. They were very good. I ate too many.