10.05.2009
So, Jason and I got married December 28, 1996. We were both going to Rick’s College for fall semester, and it ended around the 20th. We each went home for Christmas, and then he and his family drove on down to California for the wedding. It was wonderful. But now, in retrospect, the 28th of December is a horrible date for an anniversary. We never celebrate it, because we are usually driving home from Idaho after celebrating Christmas with his family. It is just such a busy time of year, being sandwiched between Christmas and New Years and all. We always say “Happy Anniversary” and sometimes there are cards exchanged, but that is about the extent of it. A few years ago we decided that the whole non-celebrated-anniversary really sucked. So we decided to start celebrating around the time we got engaged, which was Sept. 28. This year we decided to take a weekend away from the kiddos and we headed up to Daniel’s Summit Lodge in Heber. It was such a good break, and so fun to have a weekend with just the two of us, which we haven’t done in over 3 years. 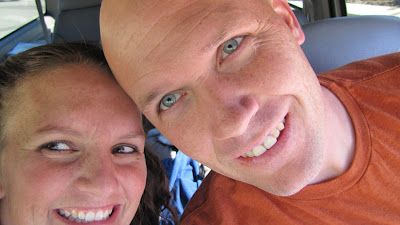 Friday afternoon we dropped the little girls off at Ashley’s house. She came to our house that evening and stayed the weekend with the kids for us. Thanks my adorable sister! We then headed up to the outlets in Park City to do a little shopping for ourselves and for McKyla. (Birthday tomorrow!) We got a few really good deals. It was a nice relaxing shopping trip, without having to strap and unstrap babies all day! 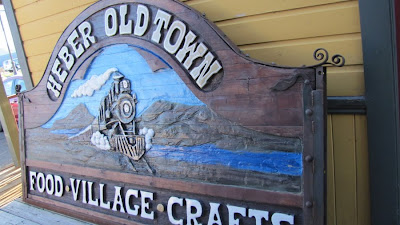 For dinner we headed into Heber to one of our very favorite spots to eat. The Snake Creek Grill is the cutest little spot, and oh-so-delicious. 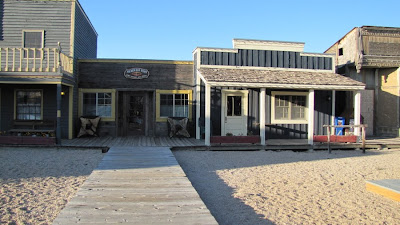 It’s located in the funnest little old-towne-setup. There are a few little shops and a couple places to eat. 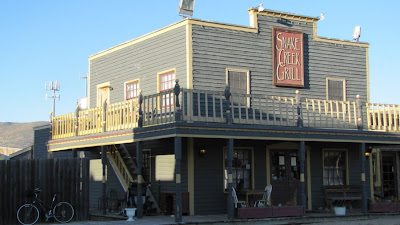 The Snake Creek Grill has the best food I’ve ever eaten. Their menu is simple…. good old fashioned home cooking type meals. But man, every thing just explodes with flavor. We’ve only been there 3 or 4 times, because it’s a bit of a drive for us, but we have loved it everytime we’ve gone.
After dinner we headed through town, picked up a few snacks at the grocery store and then went out to the Lodge. This was our first time staying at the Lodge, and it was a lot of fun. 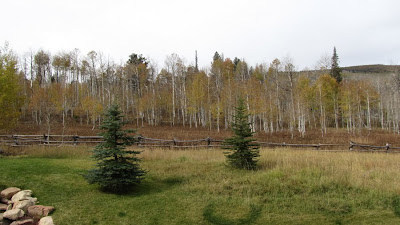 The view from our back deck. 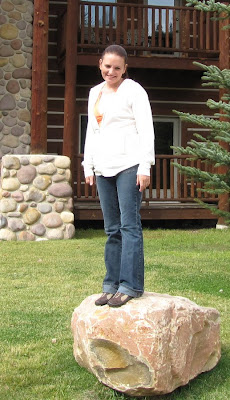 The next morning we got up and had breakfast at the restaurant they have there. It was nice to sleep in and just be able to walk over to breakfast. It was a somewhat chilly day. 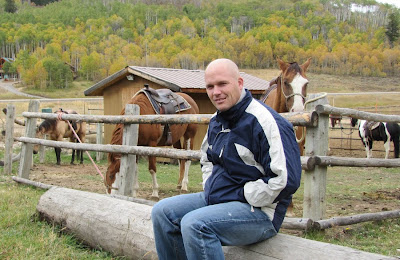 After breakfast we went to the game room for a while where Jason schooled me at pool. And then we went and got bundled up for our horse-back ride. Here we are waiting for our guide to show up. It was cold, but not as bad as I had feared. 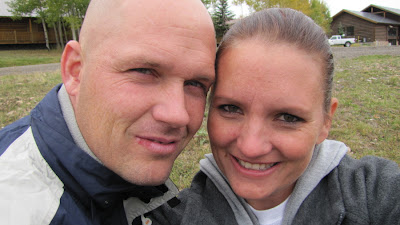 There were six people in our group, plus our guide. We went on a two-hour ride up in the mountains. 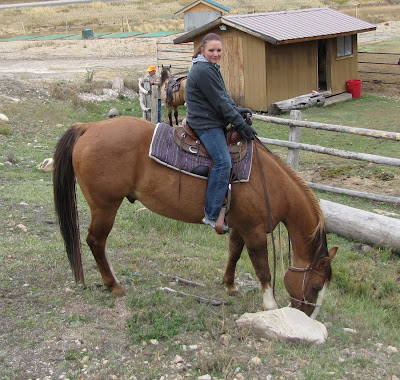 My horse was not very cooperative and kept biting the butt of the horse in front of us. 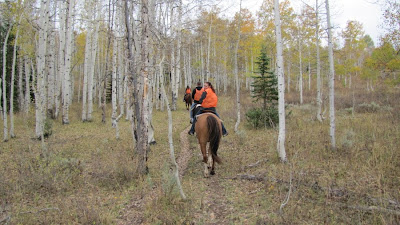 But we saw some beautiful areas. We got back literally seconds before it started to snow. We headed up to our room and took a nap. Then we both got an hour long massage at their spa. It was quite lovely. And we headed into town for dinner. We found a little place called “The Spicy Lady”. It was an old building with lots of character and live music. The food was quite good, and I would go there every night of the week just for their flourless chocolate pudding, which was to die for.
Sunday morning we had breakfast and then headed home. It was so great to have a little break, and especially to have some time together. I’ve said it before, and I still believe with all my heart, I hit the husband lottery. I don’t know how I got so lucky. I love you so much Jason, thanks for being my everything.
« More Soccer – Beautiful Saturday
Happy Birthday McKyla Rae! »