03.07.2010
Yesterday the kids had school off, so we decided to go ice-skating. We tried to make it a surprise, but after telling them they needed to dress warm, McKyla guessed where we were going. We only stayed for about an hour, but it was fun. It was the kid’s first time ever ice skating, but most of them took to it pretty good. 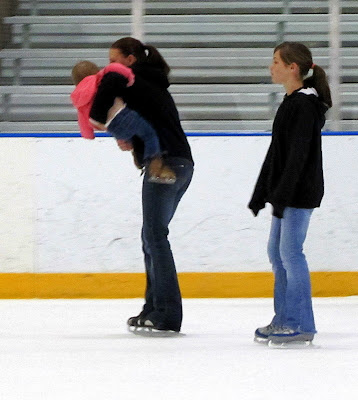 McKyla and I. This is me attempting to balance on those freaking skates on that freaking ice while carrying a one year old. It wasn’t pretty. 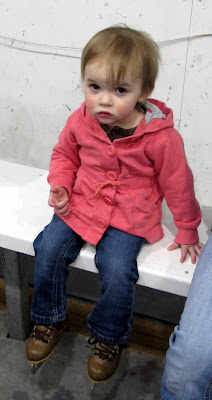 Jace was pretty much the party pooper of the day. She was not interested at all whatsoever in trying to skate. 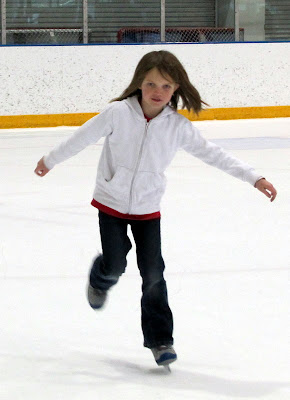 Katauna, on the other hand, was quite a natural. 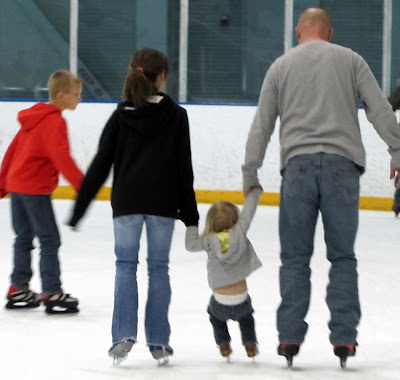 And Sienna wanted to be out there the whole time. Either being carried by dad, or held up by two different people, or using the prop they provide. Here is dad and Ky helping her. 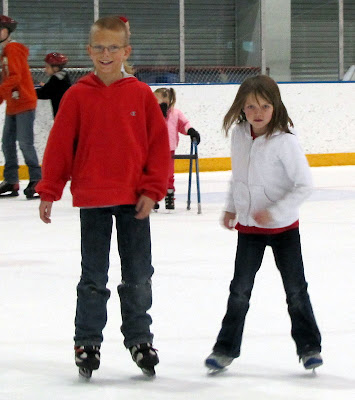 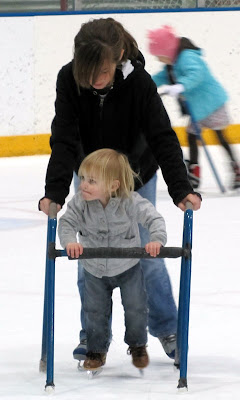 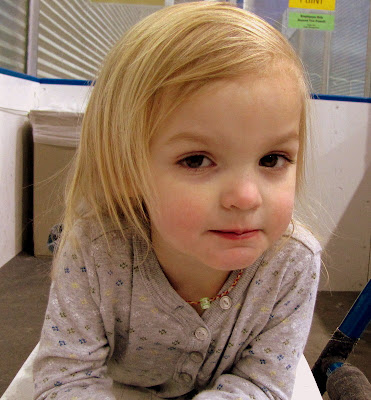 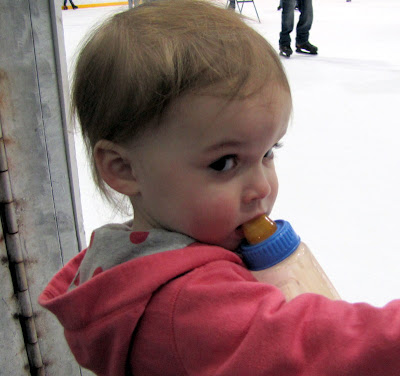 Getting caught in the act of trying to go out on the ice in her socks. 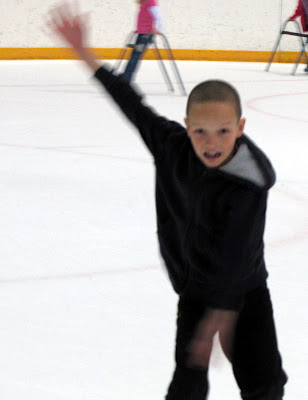 Teegan messing around. He cracks us up.
« A weekend away. Love.
Katauna’s Baptism Day »