07.18.2010
TThis year for the fourth of July we missed Jason. Also, the fourth was on Sunday, which is just weird. So, on Monday the 5th of July we went to Grandma and Grandpa Gleason’s house for a BBQ. All the Utah Gleason’s were there except for Amber and Nat, and Jason. It was a lot of fun, and I didn’t take very many pictures because I was too involved playing Kubb, and Balderdash, and of course pigging out. I took a few pictures of the kids before everyone else showed up. 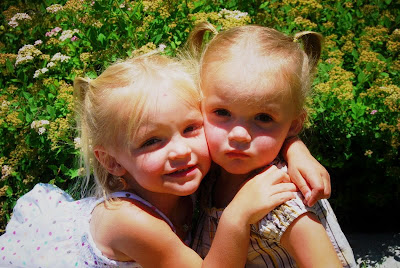 I have absolutely no idea why the grump face from Jace. Maybe it was premonition. A few hours later she was hit in the head with a block of wood and it bled like crazy. You’ll be able to see the mark it left in future posts. 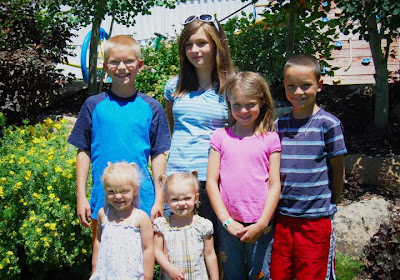 All six of the yahoos. I can’t believe how big they are all getting. 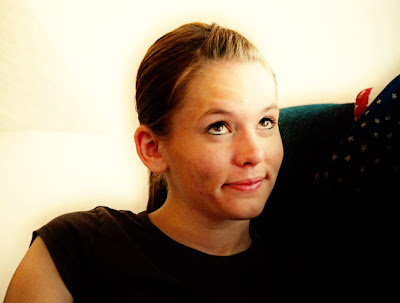 And I had to include this picture of Ashley just because she’s so dang cute. The kids are super excited that she is going to come babysit them later this month for a few days. And so is mom.
« Utah County Rage
Soccer Soccer and more Soccer »